A JOURNEY FROM IMMIGRANT BOY TO LEADER OF A LARGE DISTRICT 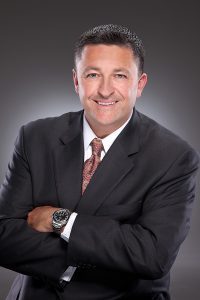 As an immigrant, Robert is very sensitive to the needs of minorities and English Language Learners in his district. As he explains, “My family moved to the U.S. when I was a little boy. English was not my first language. We came from Italy. I’m a naturalized American citizen, and I tried to use my story and my passion for the work to show kids that anything is possible in this country, and the way is through education.”

He is a big proponent of offering personalized learning paths to individuals, a concept he brought with him from Atlanta. Palm Beach County offers the vast 200,000 student population over 300 choice programs for students and parents to choose. Different schools offer different programs and specialties, such as medical, cyber security, police, and fire fighting in the form of academies that students attend. The result is thousands of kids being far more invested in their education than they would be in a traditional one-size-fits-all setting.

Robert is a walking and talking American success story. Starting with his early beginnings as an immigrant boy from Italy, he has forged a career path through study, determination, and grit and is now making an incredible impact on the lives of thousands of kids and their families.

Dr. Avossa is a Broad Academy Fellow and a member of Chiefs for Change, an esteemed network of state and district education Chiefs. He serves locally on the boards for the American Heart Association, CareerSource Palm Beach County, Children’s Services Council, Criminal Justice Commission, and Education Foundation of Palm Beach County.

Dr. Avossa is a University of South Florida graduate with a Bachelor’s Degree in Exceptional Education and Behavior Disorders, as well as a Master’s Degree in Special Education. He earned his Doctorate Degree from Wingate University.