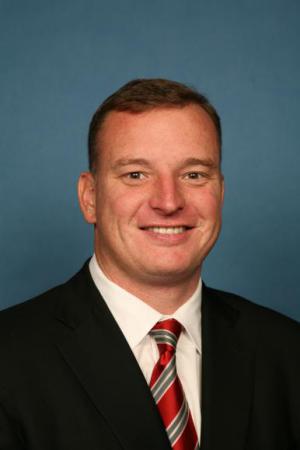 Rooney, who recently retired from Congress, represented Florida’s 17th district since 2008. He served on the House Appropriations Committee's subcommittees on Agriculture, Military Construction and Veterans Affairs, and State and Foreign Operations. He was a member of the House Permanent Select Committee on Intelligence, and served as chairman of the Intelligence Subcommittee on Emerging Threats. He also served as a Deputy Whip for the Majority.

In announcing the appointment, President Fleming noted that Congressman Rooney also will serve as a distinguished lecturer in the Politics Department of the University’s School of Arts and Sciences, speak as part of The President’s Lyceum, and provide strategic counsel and planning for future LeMieux Center programs.

“Congressman Rooney’s deep knowledge and experience on issues of national security, foreign relations and intelligence, as well as a myriad of domestic issues, will be of tremendous benefit to the students and faculty of Palm Beach Atlantic University,” former U.S. Senator George LeMieux said, “For our public policy center, this is a game changer. I am tremendously honored that the Congressman is joining the LeMieux Center as a Senior Fellow.”

Prior to his governmental service, Rooney worked as an Assistant Attorney General before serving as CEO of The Children's Place at Home Safe, a home for abused and neglected children. He was later appointed by then Governor Jeb Bush to the Children's Services Council of Palm Beach County Board of Directors. Rooney was in private practice with a Stuart law firm before his election to Congress.

Rooney attended Syracuse University, where he played college football, and Washington and Jefferson College, where he earned a bachelor’s degree in English Literature. He holds a master’s degree from the University of Florida and a J.D. from the University of Miami School of Law. He served more than four years in the United States Army JAG Corps. Most notably he served as Special Assistant U.S. Attorney in Fort Hood, Texas, prosecuting all civilian crimes on post. In 2002, Rooney was selected to teach constitutional and criminal law at the United States Military Academy at West Point.

“Congressman Rooney’s appointment to Palm Beach Atlantic is an exciting and tremendous addition to the Politics Department,” said Dr. Robert Lloyd, dean of the School of Arts and Sciences. “As a distinguished lecturer, his unique and valuable skills and experience in the policy, political and teaching areas will be of great benefit to our students. His presence in and out of the classroom will foster, and be a model of, an engaged and thoughtful approach to the understanding and practice of politics. This is especially needed in today’s politically polarized environment. I look forward to seeing the positive impact Congressman Rooney will have on the LeMieux Center for Public Policy, the Politics Department of the School of Arts and Sciences, and the national and international arenas.”

Rooney and his wife, Tara, live in Palm Beach County with their three young sons: Tommy Jr., Sean, and Seamus.

Established in in 2012, The LeMieux Center for Public Policy at Palm Beach Atlantic University connects students with opportunities to dialogue with state and national officials, journalists, authors, academics and other notable thought leaders through its popular on-campus speaker series and its Fellows program. The LeMieux Center moderates important conversations for serious thinkers on issues important to Florida, the United States and the world.

The Center’s founder, Sen. George S. LeMieux, served in the U.S. Senate for Florida during the 111th session of Congress and gifted his senatorial papers and other memorabilia to the Palm Beach Atlantic University Warren Library archives. Sen. LeMieux and journalist Laura Mize, a Palm Beach Atlantic alumna, are the authors of “Florida Made: The 25 Most Important Figures Who Shaped the State” (Arcadia Publishing, 2018). Book sales and private contributions support the work of the LeMieux Center for Public Policy.