Showcasing a cast of 40 first-through-fourth-grade Rosarian Academy students, Sleeping Beauty KIDS took the audience once upon a dream with the classic fairytale on Saturday, November 4, 2017. The young talent performed in front of a sold-out house in the school’s 485-person professional theatre. The musical cast was led by the developing, yet captivating, talent of third-graders and first-time performers Anne Calas (Maleficent) and Laing Supple (Sleeping Beauty). 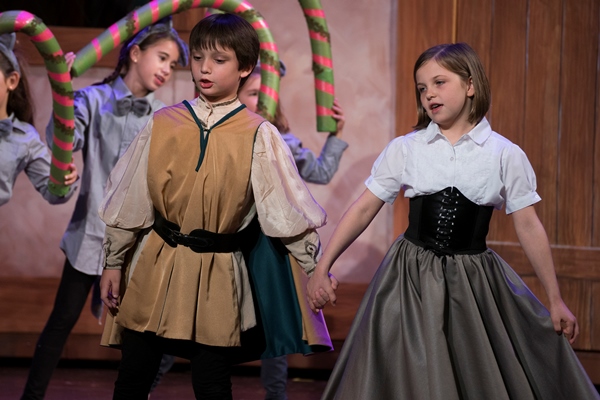 Based on the 1959 Disney animated film, Sleeping Beauty KIDS tells the story of the beautiful Princess Aurora and the spell that the evil Maleficent casts upon her—before the sun sets on her sixteenth birthday, she will use her finger to touch the spindle of a spinning wheel and fall into a deep sleep. In an effort to protect the princess, three good fairies—Flora (Heidi Alcime), Fauna (Caroline Mischke), and Merryweather (Emily Ding)—take the princess away to a woodcutter’s cottage in the forest until the day of her sixteenth birthday and rename her Briar Rose. Shortly after she meets and falls in love with Prince Philip (Jack Freitas) on her sixteenth birthday, Maleficent finds the princess and tricks her into touching an enchanted spinning wheel, completing the curse. The good fairies thwart Maleficent with a spell that wakes Aurora with true love’s kiss. 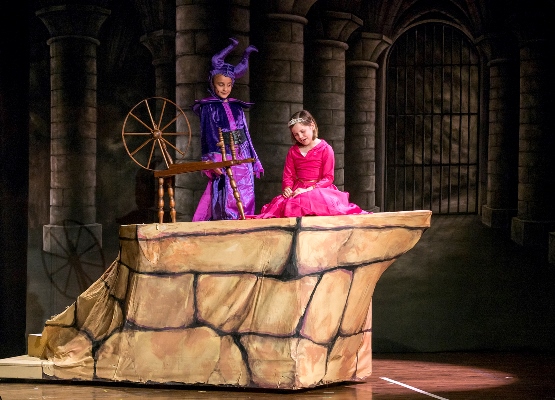 The performance showcased live musicians and professional stage design and costumes, including a grand finale featuring Maleficent’s life-size dragon (8‘ tall and 16’ long) that was maneuvered around the stage by three eighth-grade puppeteers—Mercedes Cassidy, Delaney Groth, and Emma Hardyman. The dragon was part of the final battle between Maleficent and her goons versus Prince Philip and the good fairies’ court. Good ultimately defeated evil as Prince Philip slayed the dragon. The dragon first appeared in Rosarian’s production of Shrek (2015) and was built by Casey Blanton, Property Master at the Maltz Jupiter Theatre. 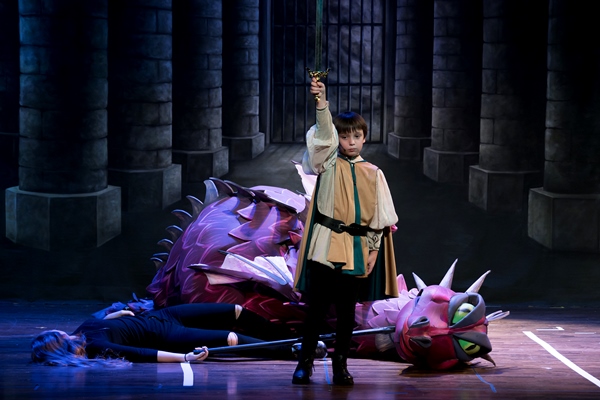 Led by Mr. Sherman, Rosarian started lower school productions eight years ago with It’s Showtime, followed by It’s Showtime 2, Willy Wonka,Cinderella, Aladdin, The Lion King, The Music Man KIDS and this year’s Sleeping Beauty KIDS. All shows are shortened versions of the Broadway productions. The music is adapted for younger voices, yet, is still challenging.