[WEST PALM BEACH, Florida] - The King’s Academy is pleased to announce that Chris Hobbs has accepted the position of Director of Athletics. Hobbs, who also serves as the Lions Head Varsity Basketball Coach, will continue to work with 10-year veteran Athletic Director Adam Winters who will remain with the Lions as Director of Athletic Operations and Head Varsity Softball Coach. 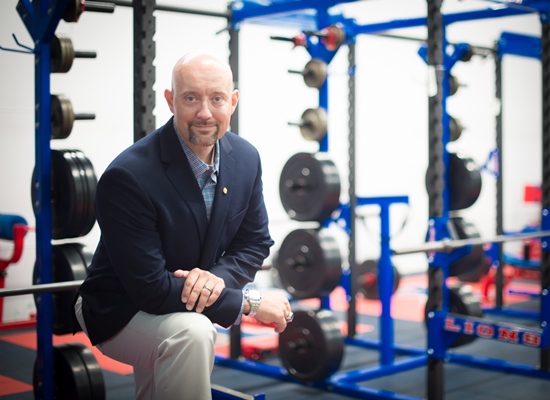 Hobbs holds a master’s degree in Sport Coaching from the United States Sports Academy, a specialist degree in educational leadership from Liberty University, and is currently a doctoral candidate at Liberty University researching the leadership behaviors of athletic administrators in Christian school settings.

The King’s Academy has a 48-year history of athletic excellence in Palm Beach County, Florida. A full member of the Florida High School Athletic Association and the South Florida Conference for football, the school fields more than 50 teams for girls and boys in 23 varsity sports. Throughout the years, Lions varsity teams have won 118 district championships, 39 regional and conference titles, 10 state championships, and three national titles. Additionally, 26 student-athletes have won individual state and national titles while competing for The King’s Academy.

“I am pleased to announce that Christopher Hobbs, a nationally-recognized coach and certified master athletic administrator, has agreed to lead The King’s Academy’s athletic program as Director of Athletics. Lions Athletics has a long history of sports excellence and character development, and I am confident that this winning tradition will flourish under Coach Hobbs’ leadership.”

“I am very grateful for Adam Winters’ 10 years of dedicated service at TKA and that he will continue to support the development of our athletes as Director of Athletic Operations. During his tenure, more than 1/3 of our school’s FHSAA team championships have been won; including back-to-back football conference titles, five state championships, and three national titles. Additionally, Adam led a multi-million dollar effort to improve King’s sports facilities which resulted in lighted baseball and softball fields, a refurbished track and field facility, and the addition of the Full-Page Aquatic Center and TKA’s state-of-the-art Athletic Performance Center in recent years.”

“Athletics is a powerful platform to mentor young people and is often the first impression that people receive of an educational institution. The University of Alabama and Duke University are incredible academic institutions but the moment you read that, you probably thought ‘football’ and ‘basketball’. That is the power of athletics! I believe that The King’s Academy is uniquely positioned to offer the student-athletes of South Florida an excellent athletic experience that nurtures eternal impact for Jesus Christ in their lives.